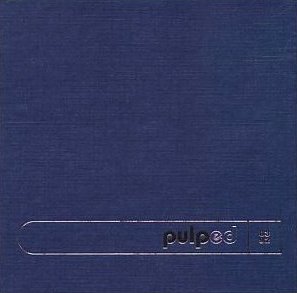 The first four albums, in one handy cardboard box.

AS EVERY SCHOOLBOY knows, Pulp's gestation period made even the tardiest of elephants seem sprightly. It took 17 years for the band Jarvis Cocker named Arabacus Pulp, after a commodity he'd heard about in an economics lesson, to become the louchest torch-bearers of Britpop. Pop archaeologists can now pore over this box set comprising the four albums Pulp released before entering the popular consciousness with His 'n' Hers in 1994.

Formed in 1978, Pulp had already undergone one major line-up overhaul when they recorded 1982's It. A plaintive, largely acoustic affair, it's actually rather sweet, if very of its time, and studded with odd gems like Joking Aside where the tone of Cocker's tenor suggests that at least the younger Morrissey was listening.

There followed a raft of overlooked independent singles such as the excellent Little Girl and the slight but loveable Dogs Are Everywhere. These, along with much other flotsam, were later released on Fire's compilation Masters Of The Universe, which is included here. The high spot is 97 Lovers, Cocker's macabre, funny tribute to his aunt ("I know a woman with a picture of Roger Moore in a short towelling dressing gown pinned to her bedroom door"). It contrasts sternly with The Will To Power, either a fey joke or an artistic experiment; either way it's vile.

1987's Freaks shows signs of the emergent Pulp style - Candida Doyle was installed on keyboards - but is frankly too lugubrious and grotesque to trouble anyone but completists.

Five years later Cocker was studying film in London and making Separations, to all intents and purposes the first real Pulp album in the modern sense. All the elements are in place: the glitzy, moth-eaten, camp takes on Nick Cave and Scott Walker, Cocker's sleazy, breathless spoken narratives and a selection of terrific tunes of which My Legendary Girlfriend is arguably still unsurpassed.

They weren't to know but they were about to become pop stars; somewhere in Hollywood Michael Jackson was waking up in his oxygen tent with Bubbles.

The booklet contains lyrics for Freaks and Masters of the Universe only.