15 days, 12 concerts, numerous signings, lots of miles, promo, radio shows and one particularly nasty Hawaiian flu bug, Pulp cross the pond in the hope that they'll make at least a little dent on the States. Despite near-all sell out shows and the boundless devotion of fans from New York to San Francisco, is Uncle Sam ready to embrace England's top stylophonic pop sextet?

Three days after returning from their US tour, Pulp were packing their bags for Sweden, the first date on a four week long European tour. Miraculously, the band still thought they had time for a little Q & A and so, in tiredness, honesty....

Bearing in mind Jarvis' illness at the beginning of the tour, was there ever a time where you all thought you'd have to pack up and go home? If so, how devastating a thought was this prospect?

Were the support bands on the tour as awful as we've been led to believe by e.mailers?

Do you wish you'd done more dates in Canada? Why the choice of the relatively small Toronto Opera House?

How did the audiences' responses differ from city to city, coast to coast?

Did you buy (or receive from fans) any souvenirs?

I heard of a few people who travelled to every gig - did you meet any of these people? Was there a lot of "meet-and-greet" on this tour?

Did you get homesick?

Which city/concert did you enjoy the most and why?

What's the difference between American fans and British fans (this is a question about character and not geography)?

Do you know the way to San Jose?

What was the most impressive building you saw?

Was the tour a Pulp success story? Are you going back?

What did you eat?

Did any of you develop a "quasi-yank" accent? 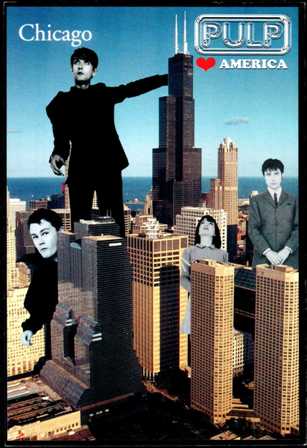 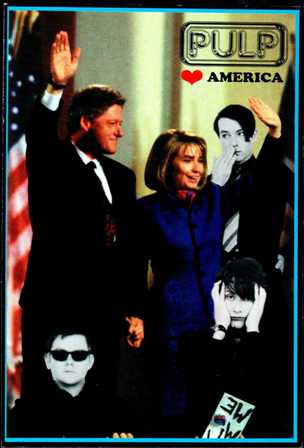 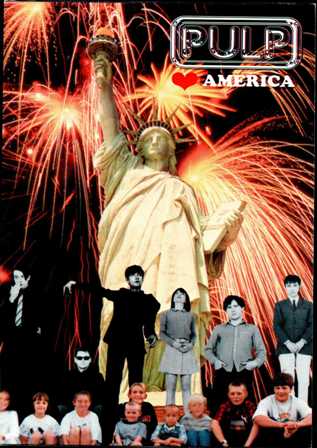 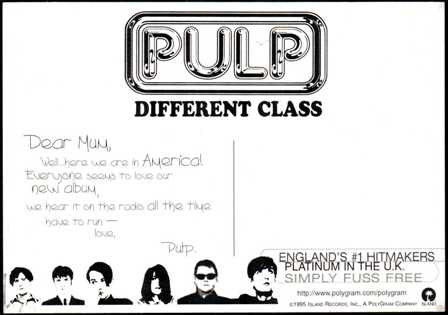